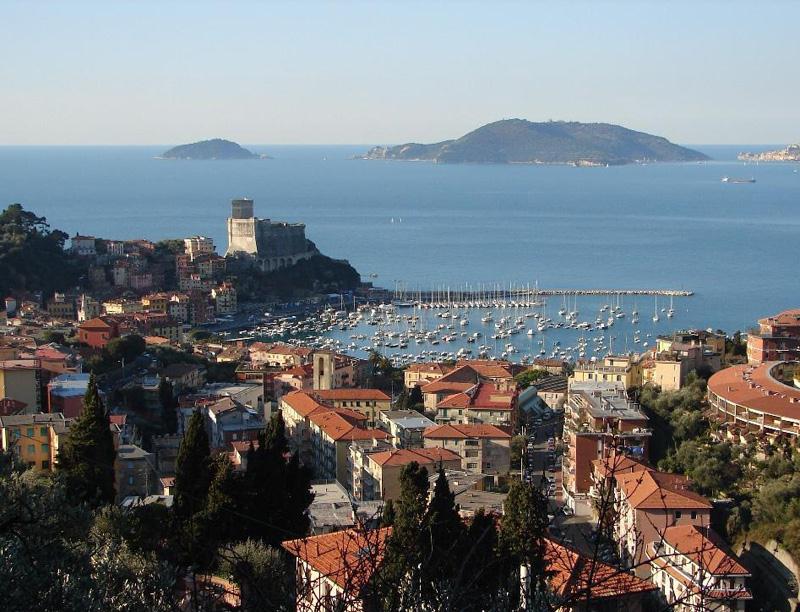 This is an area of strategic and commercial importance. From medieval times Lerici was the object of disputes between Pisa and Genoa. These seafaring powers also alternated with one another in building the Castle. The frequent successions led to the construction of one of the most spectacular military fortifications in the entire region. Many powerful families succeeded one another in ruling this small town which, in 1479, became part of the domain of the Republic of Genoa.

In this town, fresh fish soups are quite unsurpassable. The hotel restaurant boasts a long-standing culinary tradition, and serves guests time-honoured dishes such as cod fritters or "bianchetti", small fry of anchovies and sardines that are of a light colour, hence the name, meaning "white bait". Try the "panizza", a chickpea flour polenta left to cool in round moulds and then cut finely for frying. For dessert, sample the sweet rice cake and the "spungata". Wash it all down with the excellent local white wines: the dry white wines such as Albarola and Vermentino, the red wine named Bosco, the sweet Arcola passito wine made with withered grapes, and the various D.O.C. wines of the Cinque Terre, amongst which the liqueur-like Sciacchetrà stands out.

Lerici is set amidst some of the most beautiful natural scenery in Italy. Lush green mountains envelop the Gulf of La Spezia, which is teeming with boats. A stunning sea out of which Palmaria, Tino and Tinetto emerge; islands of a wild beauty that seem almost to touch the tip of Portovenere.

When the evening sets in, Lerici becomes even more charming. The shops are open until late, and the promenade is brought to life with the attractive stalls set up there. On Saturday mornings, the seafront finds the weekly market full of stands offering all kinds of products. Sant'Erasmo, patron saint of the town, is celebrated on the first Sunday of July with lights, a fair and religious celebrations that lead up to the magical fireworks.

Lerici Castle: a medieval fort dating back to the thirteenth century. Its rooms house the geo-paleontological museum, an unusual exhibition of dinosaurs which will fascinate you with its three-dimensional reconstructions of primitive settings in the courtyards. The Santa Anastasia chapel: a noteworthy example of Ligurian Gothic architecture. The Oratory of San Rocco: dating back to the thirteenth century, it is also known as the church of Saints Martino and Cristoforo. The parish church of San Francesco: in baroque style with a single nave, it is home to canvases by famous painters such as Ligurian artists Fiasella, Battista, Carbone and Cappellino, and the Flemish artist Miel. The transept chapel houses a painting portraying the Madonna of Maralunga, found in the bay of the same name, which deserves to be seen.

Courses in canoeing, sailing, kayaking, diving and a variety of water sports at all levels. Boat trips to La Spezia, Portovenere, the islands, the Cinque Terre area and Portofino. Boat excursions organised by the DORIA PARK HOTEL to the island of Capraia and Genoa's Aquarium. Trekking from Lerici towards Tellaro through the old abandoned villages of Barbazzano and Portesone, where the ruins of the hamlets are still visible. Nightlife includes venues and a club by the sea that are well worth sacrificing a few hours of sleep for. A highly recommended tour takes in the panoramic road to Montemarcello, an ancient village, set in a dominating position at the end of the headland dividing the Gulf of La Spezia from the plain of the River Magra.