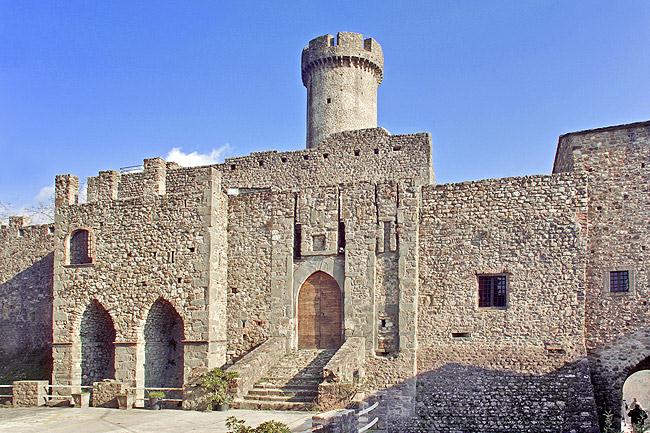 In the second half of the fourteenth century, a new fiefdom was established. It included this village and others surrounding it. Following the fifteenth century, it underwent a number of sieges to overturn the rule of the Malaspina who, two centuries later, sold the castle to the Milanese. The latter maintained it in excellent condition until the twentieth century. Now it belongs to the Superintendence and is open to members of the public, who can admire its recent restoration work.

The Castle has recently been restored to its original appearance. It has a rectangular layout, and remains of the imposing drawbridge can still be seen. The painstakingly restored star vaults still show traces of the original decorative features.

In August, in the town of Filetto, the entire village takes part in the Medieval Fete, which attracts tourists who return every year to experience the same magic once again. The inhabitants wear old costumes embroidered with the colours of the village. The wine cellars throw open their doors to allow visitors to learn about the trades of days gone by, not to mention the many local wines. The local gastronomic tradition is celebrated everywhere, accompanied by liqueurs flavoured with forest fruits. The Medieval Banquet, for which booking is obligatory, is unforgettable: ladies and gentlemen of days gone by serve a dinner made with ancient recipes dating back to Medieval times, all set in a stunning courtyard with a table in the same style and period costumes.

A turning 2Km from Villafranca will take you first to Filetto, then Malgrate.