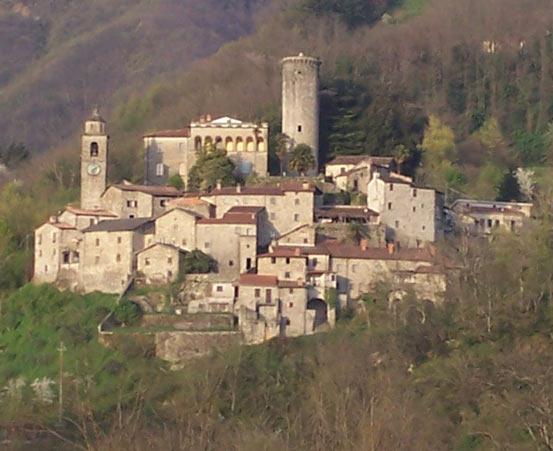 Filattiera is one of the oldest villages in the Lunigiana. Its history is linked to the patrimonial division of the fiefdoms back in 1221. Its position, half-way between the thoroughfares linking Tuscany with the Po Valley plain, placed it at the centre of constant battles to secure its control. Recent archaeological digs have established the prehistoric origins of this centre. In the nineteenth century, the first traces of Bagnone were found, which even then was divided in two parts: the part near the valley floor, closer to the river, was the most commercial part; the primitive nucleus, on the other hand, was at the feet of the Castle. Nearby Mulazzo was one of the oldest possessions of the Malaspina house. From 1100 onwards, this family maintained control over the fiefdom for over five centuries. The fiefdom only fell into the hands of Napoleon after the death of the last of the Malaspina, in 1794.

The parish church of Sorano, a gem of Roman architecture with influences from the tenth century, and the San Giorgio castle. Entry into Filattiera is dominated by the Malaspina Castle, the halls of which still maintain their original appearance. The village of Bagnone is perfectly preserved. Divided into rings, its tiny church of San Nicolosio has remained perfectly intact. Before entering Mulazzo, the evocative ruins of the church of San Martino and the imposing hexagonal tower of Bizantine origins are worth seeing.

Bagnone is known as the village of mills. Its wealth of water has favoured the economy of this small village considerably. The tower remains the only trace of the castle, which was partly enveloped by villa of the Ruschi-Noceti Counts. During your visit to Mulazzo you may hear the legend that says Dante once visited Lunigiana, although no document has proven that he ever passed through.

Returning to the state highway of the Cisa, you will come to Filattiera just a few kilometres before Pontremoli. A few minutes by car from Filetto will take you to Bagnone. On the provincial road for Villafranca, you will find the junction that takes you on to Mulazzo.