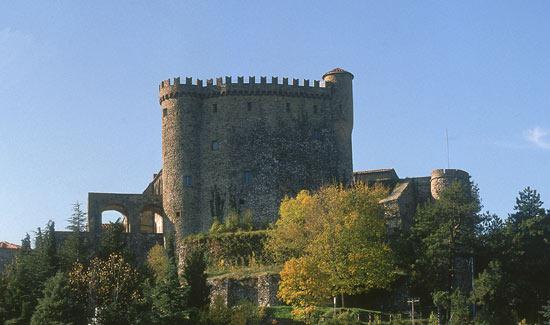 The Renaissance Fortress, bearing witness to the ancient rule of the Malaspina, sits atop a rocky spur, and is perfectly preserved. Its rooms are open to the public. The room in which Dante Alighieri once stayed has remained unaltered over the course of time. The frescoed wall, the courtyard, the porticoes and sixteenth-century loggias ennoble this construction, which was once used for defending the village. The parish church of San Remigio, expanded in 1648, contains the sepulchral arch of the Malaspina family. The seventeenth-century oratory of the Bianchi family houses a wooden sculpture dating back to the fourteenth century, portraying the Virgin Annunciate.

Learn about the embroidery and the most traditional crafts in the artistic workshops.

"Spungata" and "Buccellato" are the local sweets: the first is pastry filled with dried fruit, whilst the other is a cake made in a ring shape and sprinkled with sugar. It can be made in a variety of sizes. If you are not a fan of sweets, walk into a baker and try the "farinata" (a dough made with chickpeas baked in the oven) or the savoury rice cake. Or try the vegetable tarts, bread, homemade pasta and the "cima" (meat stuffed with vegetables). If you enjoy good food and wholesome ingredients, this town will prove to be an authentic paradise for you.

Taste the "sgabei" made with fried bread dough. Eat them alone or served with cured meats and fresh stracchino cheese. The local specialities include spicy mortadella.

By car: from Sarzana turning onto the provincial road for Fosdinovo or via the Aurelia road, passing through Caniparola. By bus: around 30 minutes from the Via Terzi terminus in Sarzana.