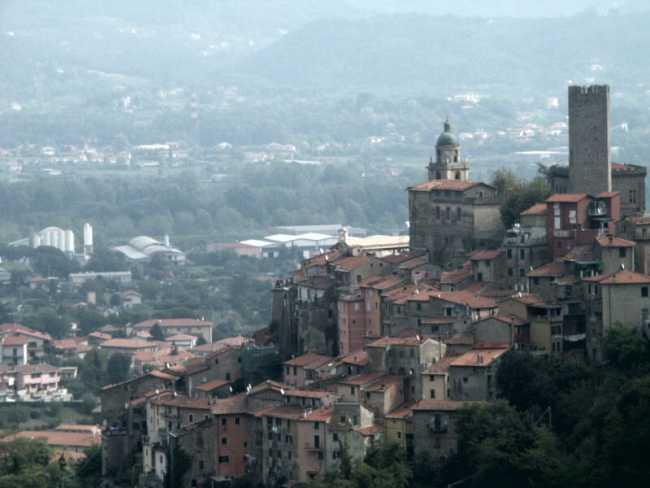 This pleasant village lies at the end of a hill, and was established as a military deposit against the advance of the Ligurians. Between the eleventh and thirteenth centuries, it witnessed the first medieval settlements. Work on building the castle only got underway in the twelfth century and was started by the Estensi and by the Massa. When the Malaspina came to power, many of the people of Arcola who were loyal to the church emigrated to nearby Sarzana, which gave them citizenship in exchange for the possessions they had in Arcola. In the centuries that followed, the Genovese and the Malaspina fought pitched battles for control of this fiefdom, owing to its good position behind the strategic Via Aurelia.

The entire village is worth a visit. Arcola has maintained its medieval appearance intact, with its "carrobbi" (narrow streets) and timeless squares. From the square of the parish church of San Nicoló, a flight of stairs leads up to the castle, which was rebuilt in the late 1800s. The view takes in the source of the River Magra and Fosdinovo. The castle is of a uniform layout, and still has its pentagonal tower, the only original part left. This defensive element is twenty-five metres tall, and lies above a wide staircase. The Sanctuary of Nostra Signora degli Angeli is also renowned for its beauty.

As with all Ligurian villages, Arcola too stands out for its wholesome, homemade cuisine. Don't miss the feast of the ravioli (stuffed pasta) in the first week of August. They are served in every kind of sauce in the park of the River Magra. In the first week of September, Arcola plays host to a fair dedicated to local wines and the polenta feast, all events that provide visitors the chance to visit the wonderful grounds of Villa dei Conti Picedi Benedettini, whilst enjoying this "poor-man's" dish in all its variations, with sauces, game, and plenty of wine.

From the terminus of the buses in Via Terzi at Sarzana, ten minutes on line "P". By car, five minutes heading towards Fornola-La Spezia.