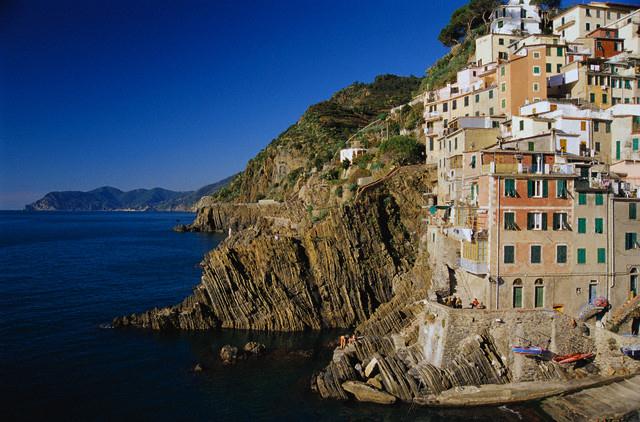 Tellaro, with its tall narrow houses and the steep alleys heading down towards the sea, is the typical Ligurian hamlet par excellence. Walk down the cobbled path until reaching the small harbour; you will be able to visit the enchanting church of San Giorgio, whilst a staircase that crosses the entire village will lead you to the little square in the centre of the village.

The road is flanked by Mediterranean vegetation which, at certain points, affords glimpses of the sea as it dashes itself against the rocks below. The spectacle offered by this jagged coastline will allow you to discover wild yet beautiful hidden coves, many of which can only be seen from the sea.

Legend has it that the village was saved, in the seventeenth century, from an invasion by barbarian pirates led by the ferocious pirate Galla d'Arenzano, thanks to a giant octopus whose long tentacles rang the bells, waking the inhabitants who were thus able to defend themselves.

Taking the road towards Sarzana, at a junction you will see the road which in about 10 minutes reaches Fiascherino, and Tellaro immediately after, where the road ends. From Lerici you can reach them by bus from the terminus in Piazza Bacigalupi. On foot it takes around half an hour.