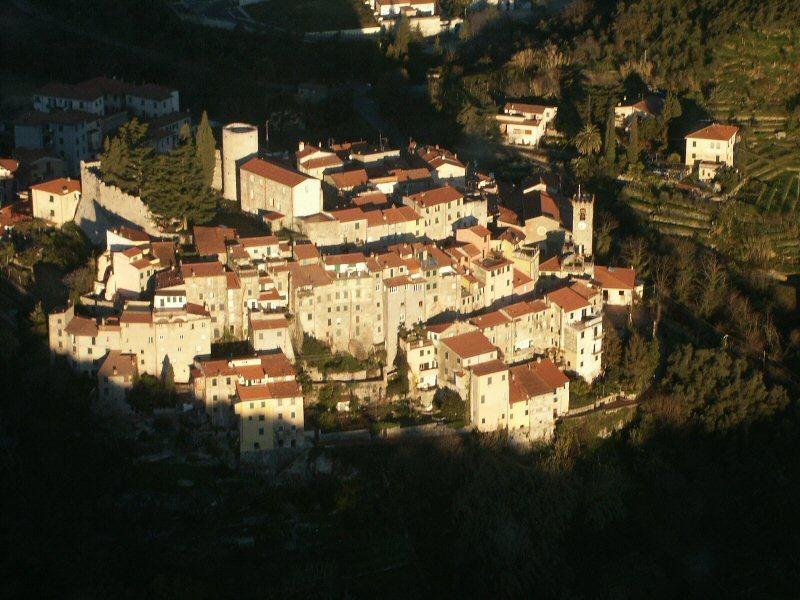 Ameglia: the pre-Roman necropolis and the remains of a Roman villa confirm the ancient origins of this village, which became increasingly important thanks to the nearby port of Luni. As with most of the villages in this area, it fell under a variety of dominions, and in 1380 it passed into the hands of the Republic of Genoa. Montemarcello is the result of a baroness's love for the village. In the post-war period, she bought and renovated houses and buildings, breathing new life into the village. To this day, it is inhabited by the intellectuals that the baroness wished to have near her in this unspoilt spot.

Ameglia: the twelfth-century Castle boasts a tower that is two centuries older still, as with many of the houses in this village of medieval origins. The parish church of Santi Vincenzo e Anastasio, dating back to the fifteenth century and restored on many occasions, houses works and sculptures by masters from Carrara. Montemarcello: the parish church is home to a marble sculpture dedicated to Saints Rocco and Sebastiano. Bocca di Magra: the remains of the Roman Villa built in terraces includes a spa complex and many service rooms. The Abbey of San Agostino is incorporated with the Santa Croce Chapel in Villa Fabbricotti.

If you are feeling fit, you can head from Montemarcello down to the beaches of Punta Bianca and Punto Corvo. If the eight-hundred steps that wind steeply through the forested slopes are too many for you, use the boats that depart from the jetty at Bocca di Magra or Fiumaretta.

The special jams are also made from vegetables cultivated in the area as well as from the fruit. In the uplands, vines and olive groves make for excellent wines and local oil. By the river, try the gilt head fished using a traditional technique, the "rezzaglio", which remains in use to this day.

Ameglia lies near the source of the River Magra, where the small village of Bocca di Magra has developed. Montemarcello, a characteristic village midway between Tuscany and Liguria, is set amidst the stunning regional nature park by the same name. In the river park, the water birds nest in the in the quieter areas, protected by wild parts that have remained unspoilt.

From Sarzana heading towards Marinella it takes around twenty minutes by car. By bus, from the terminus in Sarzana, located in Via Terzi.