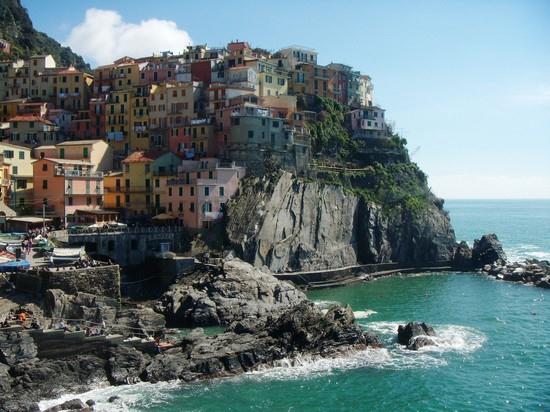 The origins of this village are lost in the mists of time. In all probability, the birth of the first settlements was linked to the construction of the sanctuaries around the twelfth century. Following the dominion of the lords of Vezzano, it passed into the hands of the Fieschi family before definitively becoming part of Genovese territory.

The old town, which is one of the oldest and most colourful of all, protects its historical centre, close to the sea, with terraced houses that reach as far up as the road. The Castle, which sits atop the Cerricó hill, dates back to the fifteenth and sixteenth centuries. Today it is unfortunately completely in ruins. In the course of the last century it housed the village cemetery, which has now been dismantled. The parish church of San Giovanni Battista is a time-honoured custodian of wood sculptures and seventeenth-century paintings. The Oratory of San Rocco and the Oratory of the Confraternita dell'Assunta house two triptychs dating back to the fifteen century. The Madonna di Montenero Sanctuary, which can be reached via a steep flight of stairs or with the cog railway, is of fourteenth-century origins; from it one can enjoy the panoramic view of all five of the Cinque Terre.

Riomaggiore is the starting point for the romantic "Via dell'Amore" or "Lovers' Path" which covers around 4 km, and is dug out of stratified rock. You can follow the entire Sentiero Azzurro (the Blue Path) linking together all five of the small villages: just over 12 km in length and of medium difficulty, it requires a certain degree of attention but makes it possible to visit all the villages on this stunning section of the coastline.

The specialities made with fresh fish, caught just a few metres from the coastline where the sea is already deep, take centre stage in the local cuisine. The local white wine is a must; the "Costa de Sera" is a white wine that will make your head giddy, and is excellent served chilled.

A breathtaking scenario appears before those that decide to visit these places on foot. Landscapes of a harsh beauty vie with the coastline below them for attention, with the latter's abundance of ravines and cliffs of primitive charm.

The birth of this centre is also attributed to incursions by pirates and Saracens. The Impressionist painter Telemaco Signorini was an exceptional visitor who painted Riomaggiore and made it famous with his descriptions of its light, and its typically Ligurian contrasts.