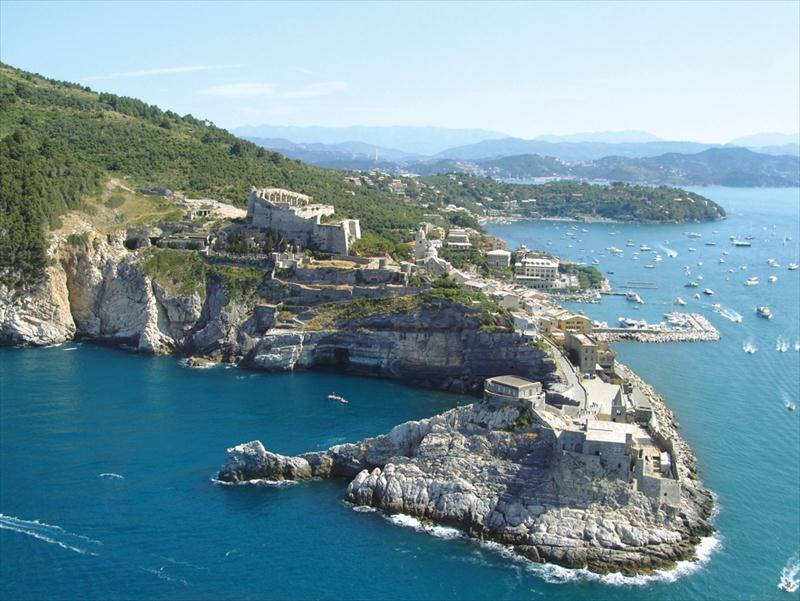 Once an important commercial port in the seventeenth century, the city developed in front of the sea. With the defeat of the Fieschi Family, it fell under the rule of the Republic of Genoa and followed the its historical course. It reached the nineteenth century without any events of particular note, at which time it became a place of strategic military importance. Count Cavour and Domenico Chiodo constructed the Arsenal and the fortifications. La Spezia is an important Italian military port, and was home to Il Varignano, the famous assault squad training centre. Today it is one of the most important commercial ports in the Mediterranean specialising in handling containers.

Near the railway station, at the start of centrally located Via del Prione, the Museo Lia (Lia Museum) occupies the rooms of an ancient convent. It affords visitors a glimpse of works of art of considerable value, as well as a large picture gallery donated by the founder who wished to share it with members of the public. The Museo Tecnico Navale (Technical Naval Museum) alongside the Arsenale Militare (the Military Arsenal) takes visitors on a long journey through the history and culture of the sea and navigation. It houses testimonies, figureheads and relics from sailing vessels and boats from all over the world, and from all periods. The Museo Archeologico Civico (Civic Archaeological Museum) behind Piazza Verdi, home to the central Post Office, houses local prehistoric finds and fossils, and a fine collection of stele statues, monolithic sculptures portraying female figures and warriors from the Iron age. The castle of San Giorgio, which comprises two buildings dating back to the fourteenth and seventeenth centuries, was constructed on "Il Poggio" or knoll, and remains the only architectonic testimony of the city's history. It can be visited by prior booking, and houses a collection of archaeological finds. One of the oldest churches is the fourteenth century Duomo of Santa Maria Assunta which houses fine canvases and the renowned polychrome terracotta by Andrea della Robbia: "The Coronation of the Virgin and Saints". The Church of Santa Maria della Neve, in the Migliarina neighbourhood, with its typical black and white striped façade, dates back to the nineteenth century. The Cathedral sits atop a hill which dominates Piazza Europa; built in the post-war period, it has an unusual circular layout.

The weekly market held on Fridays invades the streets of the centre with many stalls set out between the shops and stores. The Morin seafront promenade sets the scene for the "Festa del Mare" on the first Sunday of August; the local neighbourhoods hold a regatta with historical boats in a bid to win the Palio del Golfo (Palio of the Gulf). The 19th of March sees the fair of San Giuseppe, patron saint of the city. Visitors can also take a trip to Mount Parodi, which is equipped with a wonderful "open-air gym".
Boat trips to the various locations along the coast leave from the harbour.

In the restaurants and trattorias you can savour dishes made with mussels cultivated in the dam in front of the city, pasta trofie with pesto, Liguria's well-known sauce made with basil and pine nuts, and "mes-ciùa", a peasant soup dish made with cereals, served piping hot dressed with raw olive oil and peppers. Scattered throughout the city, its many pizzerias and bakeries offer Ligurian focaccia and farinata, a traditional baked chickpea flour tart.

By bus: lines L or S for La Spezia FS. Terminus, tickets and timetables in Piazza Bacigalupi in front of the Municipality. By boat: around half an hour. By car: along the provincial highway, towards La Spezia, around 15 minutes.